Meet Owen, 85 year old Cornishman and retired farmer. A few weeks ago he had two very swollen knee joints and was in a lot of pain, especially when walking and getting up the stairs. He also had a bad hip, was taking strong pain killers daily and had requested a hip replacement opperation. Something changed recently for Owen, the pain ceased and the swelling vanished. Why? Because he started drinking a large glass of water with around 1/3 level teaspoon of sea salt in it each morning. “I can’t thank you enough for your advice” he told me yesterday in the pub, “within a week all the symptoms had gone!” 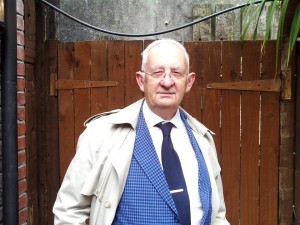 Owen’s problem was that he’d been on a low salt diet for most of his life, he’d fallen for the propaganda that salt is bad for us. He also prefered a cup of coffee to a glass of water. This means he’d been suffering from ‘UCD’ (unintentional chronic dehydration). Now he’s drinking around 6 glass of water per day, which is a step in the right direction but still not enough for a man of his weight (around 70kg). Ideally he should have around 3+ litres of water per day and around 3/4 – 1 level teaspoon of salt. I told him that and he said he’d try to build up to that amount and quit the coffee completely. If anyone is interested to learn more about the role of unintention chronic dehydration and salt deficiency, I wrote a book called Water Therapy (B.Jain, India) which is a practical and concise guide for the layman and healthcare proffessional alike.

UPDATE SEPTEMBER 2015. Owen has incorporated home-made colloidal silver into his daily pattern and now says that the tinitus that he’s had since he was 25 has got much better 🙂 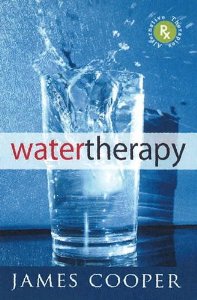