Colloidal or Ionic?
Another big controversy surrounds the question of whether this method produces “colloidal” silver or “ionic” silver. Most people have been told that colloidal silver is “good” and ionic silver is “bad.” Once again, the truth might be unpopular. The word “colloidal” refers to a condition where, in this case, a solid particle is SUSPENDED in a liquid (silver in water). The solid particles are too large to be considered DISSOLVED, but are too small to be filtered out. This colloidal condition is most easily detected by what is called the “Tyndall effect”, where a narrow beam of light is shined through the liquid to produce a cone shaped dispersion of the light. The particles so illuminated also exhibit a random, zig-zag activity called “Brownian motion” when observed under a microscope. When something is completely dissolved, both the Brownian and Tyndall effects disappear.

The word “ionic” refers to a condition where a particle has an electric charge. In the case of “electro-colloidal” silver, this electric charge is ALWAYS positive. Silver will not form a negatively charged ion. So, the truth is that electro-colloidal silver is BOTH colloidal and ionic. It is considered colloidal because of the particle SIZE and it is considered ionic because of the particle CHARGE. In fact, most of the biological studies suggest it is colloidal silver’s ionic characteristics that make it such a good germicide. It is also interesting to note that the old chemistry books make no distinction between the colloidal and ionic states of the electro-colloidal metals.

The concentration of silver in the water is usually measured in parts per million, or ppm. While this is the standard convention, ppm is a “ratio” and not an indicator of quantity. When a laboratory tests colloidal silver for concentration, they report the findings in milligrams per liter (mg/L). Milligrams per liter is an actual measurement of weight per volume, and therefore is a real quantity measurement. In the metric system, one liter of water weighs 1000 grams, and one milligram is one thousandth (1/1000) of a gram, so 1 mg/L is the same as 1 ppm, as long as we are talking about water. Silver weighs a little more than water, but the equivalence is very close, and the terms are often used interchangeably. With this in mind, we can calculate that one teaspoon of 5 ppm colloidal silver has about 25 mcg (micrograms) of silver in it. 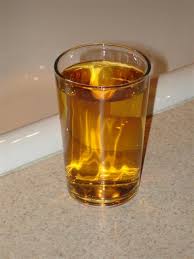 There has been a fair amount of controversy in the public literature concerning the appearance of the “yellow” color. A lot of well meaning people have told me that “yellow is bad”, “silver isn’t yellow”, “yellow is sulfur contamination”, “yellow is iron contamination”, and lots of other things. I finally found what I believe to be the answer to this question in a book titled Practical Colloid Chemistry, published in London in 1926. In the section on the “Colours of Colloidal Metals”, sub-section on the “Polychromism of silver solutions” on page 69, I found the following statements: “The continuous change in colour from yellow to blue corresponds to a change in the absorption maximum of the shorter to longer wave-lengths with a decreasing degree of dispersion. This is a general phenomenon in colloid chemistry illustrating the relation between colour and degree of dispersion.” This section goes on to describe the colors that show up in a wide variety of colloidal metal solutions. Interestingly, they ALL have a yellow phase. For true “electro-colloidal” silver, the particle size range that can appear yellow is .01 to .001 microns (10 to 100 angstroms) because that is the size of silver particle that best absorbs the indigo light, leaving only its inverse color, yellow, to be observed. The final transparent-yellow appearance only shows up after the particles have become evenly dispersed.

The first thing people need to know is that there are at least FOUR different products on the market being called COLLOIDAL SILVER.

The first type of product is the classic, original kind, usually called “electro-colloidal silver.” This product is made either by the “electro-arc” method in deionized water, or by the “low voltage electrolysis” method in distilled water. This product is usually found in concentrations between 3-5 ppm (parts per million), but sometimes as high as 100 ppm. Properly made, this product consists of microscopic particles of pure, elemental silver suspended in water, with no other elements present. Each particle of silver carries a POSITIVE electrical charge. Colloidal silver made this way appears either transparent-clear or transparent-light yellow.

The second is called “mild silver protein.” This product chemically binds microscopic particles of silver to a protein molecule. It is usually found in concentrations between 20-40 ppm. Its appearance may be transparent-clear or amber.

The third are “silver salts.” These products can be made either chemically or electro-chemically and usually create a form of silver that DISSOLVES in the water. Concentrations range between 50-500 ppm. Its appearance is transparent-clear. The silver particles do carry a POSITIVE electrical charge, but almost invariably, these products contain other elements or compounds other than silver.

The fourth is sometimes referred to as “powdered silver.” This product was developed by the Russians and is made when a pure silver wire is rapidly disintegrated by an high voltage electrical discharge, similar to an old photographic flash bulb. The microscopic silver dust is collected and either dissolved in water or added to salves and creams for topical use. Concentrations range from 100-500 ppm.

All of these products work, to one degree or another, as a broad spectrum germicide because they all contain microscopic particles of SILVER. That said, it is important to understand a number of things: 1) all of these products are not “colloidal suspensions” of silver, 2) these products DO NOT all behave the same in the body or in laboratory tests, 3) effectiveness and dosage varies from product to product, 4) quality varies from product to product and from batch to batch with the same product, and 5) they are NOT all uniformly safe and non-toxic. There are no industry standards that manufacturers voluntarily follow to assure quality control and there is no governmental regulation of the industry.

Note: This article reflects knowledge about Colloidal Silver from the 1990s. While in the most part still valid, it does not cover recent advances in automatic metering and current management. One also may hear about “Metallic Silver”, where reagents & stabilizers are used to presumably make a CS water that can be used for internal use. When one uses these salt/sugar additives, one can make CS in much higher concentrations, and there is a lot less crud formed. The idea is that the actual silver atoms are elongated, and the additives prevent the atoms/ions from clumping together. 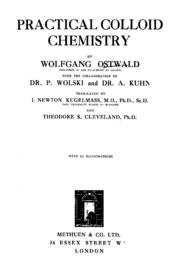 In a book titled Practical Colloid Chemistry, published in London in 1926. In the section on the “Colours of Colloidal Metals”, sub-section on the “Polychromism of silver solutions” on page 69, I found the following statements: “The continuous change in colour from yellow to blue corresponds to a change in the absorption maximum of the shorter to longer wave-lengths with a decreasing degree of dispersion. This is a general phenomenon in colloid chemistry illustrating the relation between colour and degree of dispersion.”

For true “electro-colloidal” silver, the particle size range that can appear yellow is .01 to .001 microns (10 to 100 angstroms) because that is the size of silver particle that best absorbs the indigo light, leaving only its inverse color, yellow, to be observed. The final transparent-yellow appearance only shows up after the particles have become evenly dispersed.

So…generally speaking, don’t worry too much about if your silver is matched to a set of paint chips like at the paint store, LOL. For home use, don’t worry if it changes a little darker yellow over time, it’s not necessarily a factor of decreasing quality over time. We don’t have to be so OCD about making this stuff. As long as it is clear, and not turbid like James Cooper is specifically making for another purpose entirely.

Ps. there’s ANOTHER way… you can concentrate the white cs like one of our new members just made, would think that if one uses the freeze/thaw method that was just discovered, it would result in a much more aesthetically pleasing crud, (for lack of a better term) It’s like a form of “separation” or “concentration” of silver atoms, and separating the water out by accident and evaporate it for a powder. 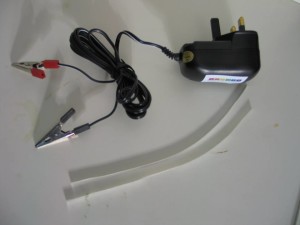 The most important thing in making CS is to have a stable voltage & current. As the water becomes more concentrated with silver particles, the current flow increases greatly. One can see it that the last 25% of the process really speeds up, and the silver anodes really start developing the crud. In my experience the highest quality CS is made when the current is stable from beginning to end. Many people get a runaway current and then the batch becomes turbid and more brown looking. An easy fix is to add a current limiting diode in the circuit. I got a 5ma current limiting diode at my local electronic supplier for about 50 cents. My CS is virtually clear at 30ppm with no crud coming off the wires.

Many times it’s just a matter of paying attention and wiping off the crud occasionally, and having a good quality power source too.

Click here for a step-by-step instructions on how to make a colloidal silver generator.